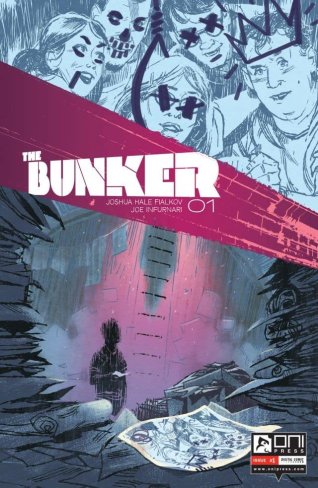 I’ve got some longer reviews for a huge chunk of Suicide Squad comics I’ve read in the last few weeks, and I was going to try to review all of these comics individually or at least in sets, but as I looked at the huge stack of comics that had piled up as a result, I decided that was too overwhelming and went for brief reviews of at least some of them (including a few Squad issues, which I’ll start with).

As I’ve done with these, I’ll put my rating at the end of the description.

Suicide Squad #24-28, 31 (DC): This includes two parts of the Janus Directive crossover, which I owned all of at one point but then sold and have to admit that I regret selling because it’s become a complete pain the ass to find. Therefore, I am missing the majority of that story. However, based on what I’ve read in these two issues, I want to track it down. The ones that are here are good “episodes” in this series and move stuff along (including killing off a character and having at least one leave). My favorite of the bunch was #31, which was a “Personal Files” issue that has a little of the fallout from the crossover but also some great character beats and a spotlight on Amanda Waller, a character I’ve loved for a while and love even more now that I’ve read through. Keep.

The Bunker #1-3 (Oni): A science fiction series where a bunch of friends from college find a random bunker that their future selves sent back in time for them with directions on how to prevent the apocalypse. There are tensions among them in past that obviously carried over into the future, and this would be a great book if I wasn’t so distracted by the scratchy artwork and sometimes hard-to-follow story. I mean, it’s not terrible, but it wasn’t my favorite and now I remember why I dropped it after three issues. This may be a book that I pick up digitally if I can find it on the cheap, but I’m not going to hang on to these comics and try to collect the rest. Donate.

Badger #41-42 (First): I’m still grabbing these as singles or pairs to hopefully get a better taste in my mouth for the series. These were a little more palatable because the doses were small, but my opinion on the series hasn’t changed. Donate.

Time Bandits Movie Special #1 (Marvel): I’ve actually never seen Time Bandits and don’t have much context for the story, except that I know that it’s a Terry Gilliam film. I enjoyed this enough to want to track down the movie and watch it. It’s not a comic that I’ll keep or sell (the condition is too bad), but it’s worth passing around to someone who likes movie adaptations. Donate.

Alien Nation Movie Special #1 (DC): Another movie I haven’t seen, although I watched a little bit of the Fox television series and I do remember the trailers. Martin Pasko wrote this and Jerry Bingham did the art, which is gorgeous. Again, I didn’t know the plot aside from the fact that it was a cop movie and I was surprised at how good it was. I’m going to hold on to this for now, until I watch the film, and I might make a thing of it (i.e., watching the movie and re-reading the adaptation). Keep.

And that’ll be it until later in the week when I go through more comics as well as give my monthly update and go through at least one season of a television show I’ve been watching. Stay tuned, I guess.