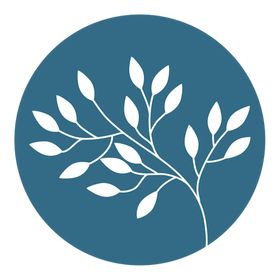 So I watch some YouTube videos on my lunch period at work, mainly because I need something to distract myself. One of those has been the Abundantly Minimal channel, which is hosted by Sarah, a former teacher who has been both documenting her “journey” into this lifestyle and offering tips on how to take your own tips toward being more minimalist.

I am pretty sure I found the channel through YouTube’s algorithm while I was looking for decluttering videos last year. This was right when I started this blog and was at the height of Mari Kondo’s Tidying Up popularity early last year. I think by that point, I’d foudn quite a bit to get rid of or had already catalogued everything, but I’m not going to turn down free advice.

The videos themselves are shot in a sparse style with plain backgrounds, light music, and straightforward voice-overs, a style that reflects that minimalist concept. However, while she is clearly subscribing to a particular philosophy, things are presented in a way that are accessible to everyone, which is something I find really important. Sarah does not seem to be pushing this as if she’s evangelizing, adn the attitude is one of “You can do as much as you want.” Her energy is very calm as well–I don’t feel as if she’s going to try and con me into joining an MLM or buying a timeshare.

And that’s also good because minimalism isn’t my life or speed. I mean, the first time I ever heard of it was via a one-off joke on Seinfeld:

“Where’d you get the video camera?”

“Spector gave it to me. He’s becoming a minimalist.”

“Isn’t he the one with the fat fetish?”

“Well, doesn’t the fat fetish conflict with the minimalism?”

It’s still one of the few fat jokes that still works because of its use of irony. But anyway, my first impression was that it meant just getting rid of everything and then living some weird hippie-ish lifestyle. Add the general culture of social media and you have to beware of posturing. Plus, my view of subscribing to any lifestyle is that I’m wary of anything with a specific set of rules. I’m not a rebel by any means, but when I began doing this, I was openly frustrated that I wasn’t measuring up to the rest of my fellow nerds and colelctors, so goign in the completely opposite direction where I will have to worry about whether or not I’m measuring up to people who are getting rid of stuff was not going to work.

But that’s just me, and the reason I recommend Abundantly Minimal as a resource is that when watching it, I don’t feel like I’m being pushed or sold something; I genuinely feel like I’m being told that I can get what I want out of it. And that’s the feeling I think that every one of us wants to get. I mean, I can definitely get competitive, but I’m not doing this because I want to show off, and I certainly don’t feel like being shown how I’m not doing enough or that my efforts are “bullshit” in some way. So I’ll seek to get rid of more stuff and pare down what I add while rambling on this space (to a very small audience) and continue to look for advice where I can get it.