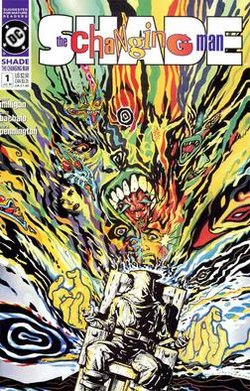 The last month or two have not wanted to let go of me. Between doctor’s appointments, after work meetings, before work meetings, professional development days, podcast recording podcast editing, grading, planning, and teaching, I have not been able to see an ending in sight and it’s almost Thanksgiving. I mean, what I am thankful for is the ability and time to get away from all of this crap and maybe have downtime that isn’t me straight-up collapsing from exhaustion. Seriously, I went through weeks of waking up nauseous from anxiety to waking up completely exhausted, and I’m thankful that I have been able to function but also that I’ve been able to use some of the tools I’ve had at my disposal (meditation, medication, and the like) to not fall too far back into old habits or have any sort of panic attack.

This is all to say that I have been reading comics when I have gotten some free time to do so, but I will fully admit that most of the ones I’ve read have been new releases and there have been just a handful of back issues because the books I’ve been assigned to read have taken precedence (see also: TV shows over movies). Same with writing reviews. A quick look at this blog shows very little posted between October and November and that’s why I started this entry with that paragraph, which is to explain why I have been quiet. Not that you need an explanation or that I’ll be accused of abandoning my mission or anything. Or at least I think I won’t. I get the impression that we all understand business and getting overwhelmed and how that can get in the way of writing anything of substance that wasn’t already assigned or planned.

Luckily, the last few days have been less calm and I’ve felt more “with it” in the sense that I’ve picked up some comics and have written the drafts of some future posts. I’ve got some individual reviews in the works, but for now, here are some quickies for you. As always, the rating system is Keep, Sell, Donate, or Trash.

Shade, The Changing Man #1-10 (DC/Vertigo): These were gifted to me by Professor Alan the first time he came through Charlottesville a few years ago, and while I read some of the others books he gave me (the Machine Man miniseries from 1984 was really good), these sat in the unread box for a while. Shade is one of the vanguard of Vertigo (along with Hellblazer, Swamp Thing, Doom Patrol, and Sandman) and from what I understand is a late-1980s update of an older concept that I believe was created by Steve Ditko (but don’t quote me on that … I’m too lazy to look it up right now). The concept of these issues seems to be that a woman named Kathy George (who looks like Martha Quinn wearing a black leather jacket, black jeans, and a black T-shirt) finds Shade and the two seem to be traveling through parts of the country and encountering its weird side. For part of it, anyway. There are times when Peter Milligan (whom I recognized from his early ’90s Batman work) is clever and seems to be doing a satirical early 1990s “On the Road” for us; there are times where I wonder if he’s being weird for the sake of being weird. But I will say that it was nice to see some of this beyond just the Who’s Who loose-leaf entries I’ve looked at for years and overall it was pretty solid, especially Chris Bachalo’s artwork. But it’s definitely one for the cheap bins. Sell.

Finals #2-4 (DC/Vertigo): This was a miniseries that came out sometime in the early 2000s that I only owned one issue of up until maybe a year ago and then found two other issue in a fify-cent bin. The only reason I can offer as to why I had one issue is that I probably saw it on the rack, thought it was cool, but didn’t make it to the store in subsequent months to get the rest. Anyway, the premise is that students at a very weird college are creating final projects that are weird or macabre in nature. Will Pfieffer scripts and Jill Thompson is on art and as an educator, I find it to be a fun satire of academia. In fact, I want to track down the remaining issue and give it a longer review later. Keep.

Our Army At War #257 (DC): A great Russ Heath-illustrated Sgt. Rock story that involves him being stranded on an island in the Pacific and fighting Japanese soldiers. There’s not much to say about it beyond the fact that I enjoyed it for its action and I like seeing Heath’s artwork. I’m bummed because my copy, which I fished out of a cheapie bin a few years ago and which was already in poor condition, was missing a page. It makes me want to chuck it, but I’m going to hold onto it until I pick up a trade or two. And I think that this series (and other comics of this type) might wind up being a “I’ll grab one whenever I see one on the very cheap” type of comic. Keep.

Secret Origins #33, 35 (DC): Continuing on my read-through of this series, this is parts one and three of the origins of the various JLI members. Featured here are: Mister Miracle, Fire, Ice, Martian Manhunter, and Booster Gold. All are solid stories, with the two in #35 being especially good (I really liked Booster’s origin featuring Dan Jurgens’ artwork). Ice’s origin in #33 was surprisingly good. I won’t name the writer, but I will say that the artwork team of Image founder Jim Valentino and the reliable yet underrated Eduardo Barretto was oustanding. I’m hoping to find the missing piece of this three-parter as I work on finishing my run of the series. Keep.

And that’s it for now. I’ve got a full review of a miniseries I recently read as well as the beginning of my collection of Suicide Squad comics, which I’ll start working my way through in the coming weeks (I’m still trying to come to a decision as to whether or not I need to buy the missing issues digitally or if I commit to “converting my comics to trades” with that … I guess the verdict is forthcoming). Reading these has been a nice escape at times, but I have also escaped from this blog when it starts to become another thing to do. I mean, I’m not doing this for any money or recognition (though I have appreciated compliments I’ve gotten on this), so I have the luxury of not making this feel an obligation. And this shouldn’t be on the list of things that I have to “get through” because I said I would. The whole work/life balance is an ongoing process and I guess I’ll say that I’m thankful I have the perspective to work on it every once in a while.