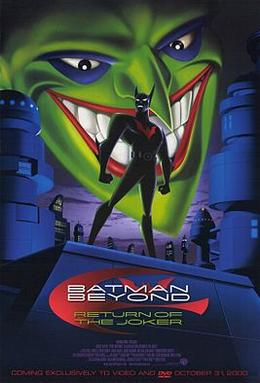 I’ve been trying to get some movies off my list while slammed with work lately, which hasn’t been easy.  Granted, if I could get off my ass and watch said movies while on the treadmill in the basement, I’d get this list knocked out more quickly. At any rate, much like my post back in August where I ran down a few films that I’d watched, I figured I’d do the same thing here and do some quick and easy reviews.  I’ll be rating these on the Buy/Rent/Skip scale

The Divide:  When a nuclear war destroys Manhattan a group from an apartment building seeks refuge in the basement bomb shelter.  Michael Biehn plays Mickey, the paranoid building super and other cast members include Rosanna Arquette and Courtney B. Vance.  It’s basically supposed to be a Lord of the Flies type of flick but winds up devolving into a rather depraved look at “How far can we go with this” that includes torture and rape.  At one point, there’s some sort of sci-fi-type plot involving scientists in biohazard suits kidnapping children and possibly experimenting on them, but that’s abandoned as quickly as it’s discovered.  I should have turned this off the moment I realized they weren’t doing anything with it.  A hard Skip.

Faults:  Leland Orser (the guy in the sex club in Seven) plays an expert in cults and deprogramming victims of cults who is down on his luck because one of the people he was trying to help died in his care.  He’s hired by two people who want him to kidnap and deprogram their daughter Claire (Mary Elizabeth Winstead).  He proceeds to do so in a cheap motel while also trying to hide from and keep away the goons of his manager to whom he owes a significant amount of money.  I don’t want to get too much into the plot because doing so would actually spoil it, because it was really good.  Funny in places, and extremely creepy in others, I enjoyed this one. Rent.

Wendy and Lucy:  Michelle Williams plays a woman named Wendy whose car breaks down in the Pacific Northwest.  Her only companion is her dog, Lucy, and as she spends this time waiting to see if she can get her car fixed, we learn that she’s living a more or less nomadic life after having fallen on hard times and is trying to make her way to Alaska to find work.  While there are a few other people in the film, it’s pretty much all Williams, who won best actress at the Toronto Film Critics Appreciation Awards, is one of those actresses who should have won an Oscar a long time ago (she’s been nominated four times) is phenomenal and this is one of those small movies that reminds you what is great about small movies.  Rent.

The Mortified Guide To …:  Not a movie but a TV series available on Netflix, the follow up to their documentary and companion to their stage show and podcast.  If you’re not familiar with it, Mortified is a production wherein people get on stage and share the pain and embarrassment of their formative years via their own journals and other writings.  This is a fun as hell (and funny as hell) series (and btw, I need to develop rules for TV series in my various queues).  Rent.

Batman Beyond: Return of the Joker:  One of those well-known comic book movies that I’ve heard about for years but for some reason had never seen.  I got the DVD through Netflix and it was just about lived up to everything that I had ever heard about it.  It’s even scary at points, especially considering what The Joker does to Robin.  I’m sure this is available in a better format, so if it is and you can find it, it’s a definite Buy.