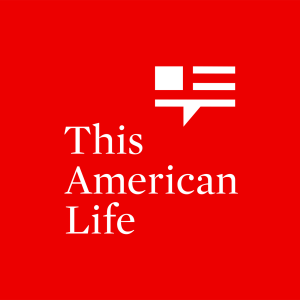 A couple of weeks ago, I read a piece in the Washington Post where the writer lamented how podcasts have taken over our ears and that blah blah blah problems for people without actual problems. Seriously. It’s one of those cranky white male laments of how “podcasts are taking over something something something” and how he prefers to listen to music and not the drone of hosts talking to one another. Because we’re holding him down and forcing him to listen to all three seasons of “Serial”, apparently.

Anyway, I bring this piece up because of these two sentences:

There are two kinds, more or less. The first is that soft, inquisitive staccato popularized by Ira Glass on “This American Life,” the source from which so much pod-voice appears to have sprung. The second mode is performative in a different way, and you hear it on most round-table podcasts — a tone that people use at parties when they want to be heard by people that they aren’t necessarily talking to. And it’s pretty much one or the other. Be podcasted in a cozy, overly considered way, or be podcasted in a hastier, less-considered way.

Now, I get what he means here, but I still reserve the right to roll my eyes at it because I also listen to a number of people who are able to talk to one another on a mic without sounding like they’re trying to lull you to sleep or going crazy with vocal fry. Granted, my podcast voice is probably too nasal and I definitely talk too fast and I definitely need to edit some of them so they don’t run on too long, but still … his conclusion of “Whatever asks for our most attentive listening should aspire to be the most worthy of it” smacks of both elitism and redundancy. Because of course you’re not going to listen to podcasts that you don’t think are worth your time–I have friends who create podcasts that I don’t listen to because I’m not interested in the topics or don’t like the show (and I’m sure they can say the same about me … and some have offered some really good constructive criticism).

That’s a long-assed intro to what is essentially my review of the “This American Life” podcast, the podcast spin-off of a show that has been on public radio since 1995, nearly a full decade before podcasts even existed (a quick glance at Wikipedia has the word being coined in 2004). And I have never listened to NPR on a regular basis–in fact, my thinking on it is pretty much the same as Patton Oswalt’s in an old stand-up bit–but I subscribe to this show.

Is this me being deliberately ironic? Not really. I’ve dabbled in talk radio here and there since high school–Howard Stern, Mike and the Mad Dog, and a few shows on Sirius back in the day–but either never had the time or attention span to actually become a regular listener (or caller, for that matter). But the podcast form of a talk radio show makes it more digestible and I think that’s because I can choose what exactly I want to hear about, especially with shows like “This American Life”, where each episode is self-contained.

If you’re unfamiliar with how the show works, it’s hosted by Ira Glass and an episode of the podcast (and I think the actual live NPR show, although I’m not sure) is roughly an hour covering a broad topic through three different stories (there are, occasionally, exceptions to this). The stories themselves are long-form news segments that usually go the human interest route, and while they do approach current events topics, the show seems to want to maintain a sense of timelesness so that if you fall behind, you’re not really missing anything (as opposed to, say, many of Crooked Media’s shows that depend on and discuss current news). While I do often find myself having to tolerate some of the “NPR Voice” that Glass and those who work on the show have, I find the storytelling and reporting to be really solid. Plus, I don’t listen to every episode–if the topic doesn’t interest me or if they pile up after a few months, I hit delete.

That’s the major advantage of this (and a few shows like it). Whereas “Serial” or a number of other shows are episodic or “index” in nature, “This American Life” allows you to pop in and out and removes any sense of pressure you might feel to listen to every single episode. It’s also a really good “gateway” podcast for anyone who’s not used to listening to podcasts of this type. Maybe you’ve gotten sick of all of the hours of comic book shows and you want something different? This is perfect.

I don’t really have many episodes to recommend. They did a few about education that I found interesting (obviously, since I am a teacher) and I would recommend episode 666, which was all about Satan (really … and it’s great). What I would do is simply go to the show’s site or find it in iTunes, choose the newest episode or the most interesting topic and listen.

Worth Subscribing, Worth Trying, Waste of Time?